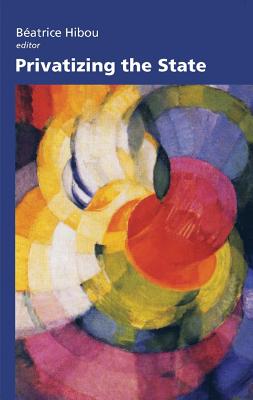 In the new global political economy, "privatization" names a transformation of the roles of public and private actors with the goal of reforming government policies and economic aid programs. It is an objective, a slogan, a fetish. But what does it signify? On the one hand, it refers to the process of changing industries, businesses, and services from governmental or public ownership to private agencies. But privatization now also extends to what are normally the prerogatives of national states: taxation, customs, internal security, national defense, and peace negotiations. In much of the literature, privatization is associated with the retreat, decline, or even demise of the state.

Using Max Weber's concept of delegation, or "discharge," as a point of departure, Hibou and the contributors of this volume propose an alternative view, interpreting the contemporary restructuring of economic and political relations in much of the world as "the privatization of the state." This book challenges received ideas about the process of globalization and its presumed homogenization by suggesting that rather than weakening the powers of the state, privatization actually strengthens it. With examples from Russia, Poland, China, Taiwan, Indonesia, North Africa, and sub-Saharan Africa, the book questions the supposed inefficiency of states in regulating capitalism and the role economic and financial knowledge play as substitutes for political and social analysis.

Title: Privatizing the State (The CERI Series in Comparative Politics and International Studies)