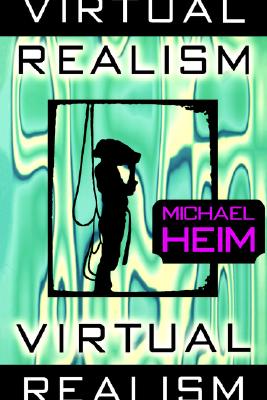 Virtual reality has introduced what is literally a new dimension of reality to daily life. But it is not without controversy. Indeed, some say that a collision is inevitable between those passionately involved in the computer industry and those increasingly alienated from (and often replaced by) its applications. Opinions range from the cyberpunk attitude of Wired magazine and Bill Gates's commercial optimism to the violent opposition of the Unabomber. Now, with Virtual Realism, readers have a thought-provoking guide to the "cyberspace backlash" debate and the implications of cyberspace for our culture.
Michael Heim offers a comprehensive introduction to virtual reality and a provocative commentary on its present and future impact on our lives. Heim describes the fascinating and important industrial and military uses of virtual reality, as well as its artistic and entertainment applications. He argues that we must balance the idealist's enthusiasm for computerized life with the need to ground ourselves more deeply in primary reality. This "uneasy balance" he calls virtual realism.