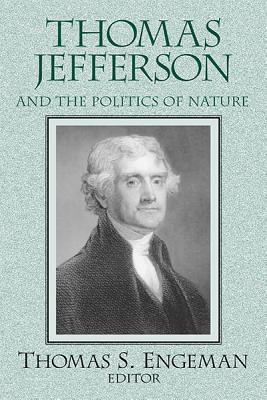 With the equality and liberty of the Declaration of Independence as his fighting words, Thomas Jefferson created American democracy. For the two hundred years since then, he has been studied and debated worldwide, but never more intensely than in recent years. His extensive and influential understanding of democracy's foundation in reason and nature continue to make him one of the most examined American founders. Thomas Jefferson and the Politics of Nature is a collection of the very best current scholarship devoted to Thomas Jefferson as politician, writer, philosopher, Christian, and economist.

Lead essayist Michael Zuckert presents his comprehensive interpretation of Jefferson's political thought, which Zuckert considers the best theoretical approach to democracy. While Zuckert moderates Jefferson's natural rights philosophy with a Kantian perspective, Jean Yarbrough responds with the argument that Jefferson incorporates the authors of the Scottish Enlightenment and principles from the Republican tradition to achieve the same moderating effect.

Garrett Ward Sheldon looks at the broader cultural influences shaping Jefferson's thought and traces his republicanism to his support of Christian ethics and Aristotle. R. Booth Fowler examines why Jefferson, the leading liberal theorist of the nineteenth century, became the hero of the very different liberalism of the twentieth. Robert Dawidoff considers Jefferson as writer and literary figure instead of political thinker and actor, while Joyce Appleby renews an appreciation of Jefferson's statecraft by a famous reexamination of his commercial agrarian policy. Finally, James Ceaser traces Jefferson's belief in racial inferiority to aspeculative new natural science prominent among contemporary European thinkers and argues that Jefferson committed a significant error in reducing politics to such conjectural "facts."

This compact text is ideal for professors wishing to offer a one-volume collection of current Jeffersonian scholarship to undergraduate students. Professors and students alike will find that the essays contain prompt, focused, substantive discussions on the key issues facing Jeffersonian scholars. This handy collection will be an invaluable classroom tool for those studying not only Jefferson but also history, political philosophy, and science, as well as the history of ideas.