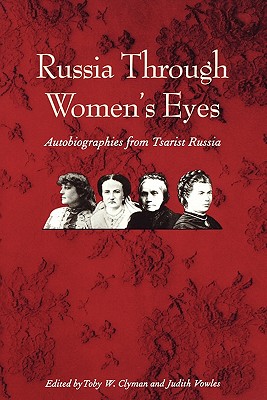 Nineteenth-century Russia has been known to the West mainly through the writings of men. Russian women, however, were far from silent and have left vivid testimony about their families, their education, their careers, and their country. This collection presents, for the first time in English, the lives of eleven remarkable Russian women as told in their own words. These autobiographies span the century and cover a wide range of classes and professions. Among the authors are women of the gentry (Natalia Grot), the merchant class (Aleksandra Kobiakova), the lower bureaucracy (Praskovia Tatlina), and the serf class (Liubov Nikulina-Kositskaia). They include writers (Elizaveta Lvova, Anastasia Verbitskaia), a journalist (Emilia Pimenova), an actress in the provincial theater (Liubov Nikulina-Kositskaia), and two physicians (Varvara Kashevarova-Rudneva, Ekaterina Slanskaia)-one the first woman to earn a medical degree in Russia, the other a doctor in the slums of St. Petersburg. Their memoirs show their fierce engagement in the debate over woman's nature, her duties and responsibilities, her upbringing, and her place in society. Each autobiography is introduced and annotated by Toby Clyman and Judith Vowles, who also provide a general introduction that situates these writings within the Russian and Western autobiographical traditions.

Description: 0300067542 Crisp, clean, unread paperback with light shelfwear to the covers and a publisher's mark to one edge - Nice!