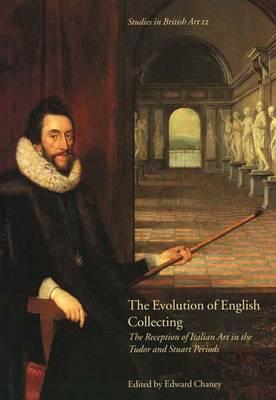 The Evolution of English Collecting: The Reception of Italian Art in the Tudor and Stuart

This book surveys for the first time the evolution of English collecting. Edward Chaney begins with the background history of European collecting, focusing in particular on Italy's formative role in this phenomenon, then sets English collecting in the sixteenth and seventeenth centuries in context and draws together a unique collection of essays on the subject. The book deals with issues ranging from English collecting at the time of the Reformation, with all the tension that phenomenon produced in England's relationships with Rome, to the early Cecils and conflicts between English Protestantism and Catholic Italianate taste. The lives and achievements of great collectors and patrons are examined, and specific studies of the evolution of collections of paintings, sculptures, and prints in England are included as well.

Title: The Evolution of English Collecting: The Reception of Italian Art in the Tudor and Stuart

Description: 0300102240 Crisp, clean, unread hardcover with light shelfwear to the dust jacket and a publisher's mark to one edge - Nice!

The Evolution of English Collecting: The Reception of Italian Art in the Tudor and Stuart