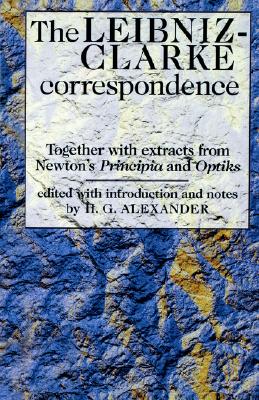 The Leibniz-Clarke Correspondence: With extracts from Newton's 'Principia' and 'Optiks' (Philosophy Classics)

In 1715 Leibniz wrote to his friend the Princess of Wales to warn her of the dangers Newton's philosophy posed for natural religion. Seizing this chance of initiating an exchange between two of the greatest minds in Europe, the princess showed his letter to the eminent Newtonian scientist and natural theologian, Samuel Clarke. From his reply developed an exchange of papers which was published in 1717. The correspondence was immediately seen as a crucial discussion of the significance of the new science, and it became one of the most widely read philosophical works of its time. Kant developed his theory of space and time from the problems at issue, and the post-Newtonian physics of the twentieth century has brought a revival of interest in Leibniz's objections: some of the problems are still not finally resolved. In this edition an introduction outlines the historical background, and there is a valuable survey of the subsequent discussions of the problem of space and time in the philosophy of science. Significant references to the controversy in Leibniz's other correspondence have also been collected, and the relevant passages from Newton's "Principia" and "Opticks" are appended.

Title: The Leibniz-Clarke Correspondence: With extracts from Newton's 'Principia' and 'Optiks' (Philosophy Classics)

The Leibniz-Clarke Correspondence: With extracts from Newton's 'Principia' and 'Optiks' (Philosophy Classics)